A space for socialising, a voice for the local scene and a window to discovery. Today we’re going back to the roots of what a record shop should be about with Kris Guilty, owner of La Rama in Montreal.

Hi Kris, can you introduce yourself and the shop?I opened La Rama back in 2017 and it’s basically me and my girlfriend Jeanne (Gene Tellem) running the store. She’s also working in music and runs her own label Bienvenue Recordings. I’ve been DJing for a long time in Montreal and I’ve always bought records, it’s always been the way of getting music for me.

We wanted to ask you about your label La Rama, it started as tapes, right?It’s random. I had done a few mixtapes with friends for fun but sort of lost track of that. With the label I have ideas, I do them and then I get busy with something else. In the basement at my shop, there’s this guy Jackson who cuts lathe. It started with that, doing little runs of stuff, we had 5 releases at first and we have another 3 coming out in two weeks. We just did our first full run 12” which is the LARAMA001.

How did the first real pressing go?It’s from DJ Medallion, aka Richard Wenger who runs the label Temple from Montreal. I’ve heard it out and it’s pretty effective, it’s pretty raw music, I feel like when there’s going to be parties and people will hear it out, I may have to repress it. It sold steadily since it went out in October and it’s still selling, with the help of Rubadub in Glasgow who distributed half of the stock. But the next record we’re doing, we’re pressing everything in Canada because the delays in Europe are crazy!

You have a prime spot to witness how the local scene is doing. Can you tell us what’s going on at the moment in Montreal and how people are coping with the pandemic?Luckily the people who realised that it’s not the time to party made music and I think that if there’s already a lot of music coming out of Montreal, the next year we’ll see even more, because people have been working on things. It’s strange because the electronic world of music is still so Euro-centric that sometimes I have to find out about things happening here, in my own city, from Europe. There’s still a lot of growing to be done in North America and without having parties and festivals, it makes it harder for us. I think people are desperately waiting for that to return. That's why I’m at the shop every day because that actually keeps the social side going and I see people meeting up at the store during the day or I get to talk and exchange, I think that helped a lot to at least keep people in touch with each other.

And in a way, as a record store it’s also your position to promote; you are the voice of a scene.Yes, and I don’t have the pressure to be just the one specialist thing, I have the pressure to be the ‘neighbourhood’ person. I have to also cater to the people living around the store and figure out how to offer me and the shop taste-wise but also tosatisfy others. This year, I became a little more of a specialist general store, people come in for Jazz so I have to have something they’ve never heard of before; they’ll eye it and they’ll be mind blown. But that means I’m often up until 6 in the morning ordering records and trying to find stuff –laughs–.

It’s a tough job but also rewarding if you’re getting people coming back again and again because you’ve given them the right recommendations and they can trust you.I’m happy for them too because they’ve opened up their world. They feel good too, because they’ll feel like they’ll get out of that loop of whatever the radio is presenting or whatever online algorithm. 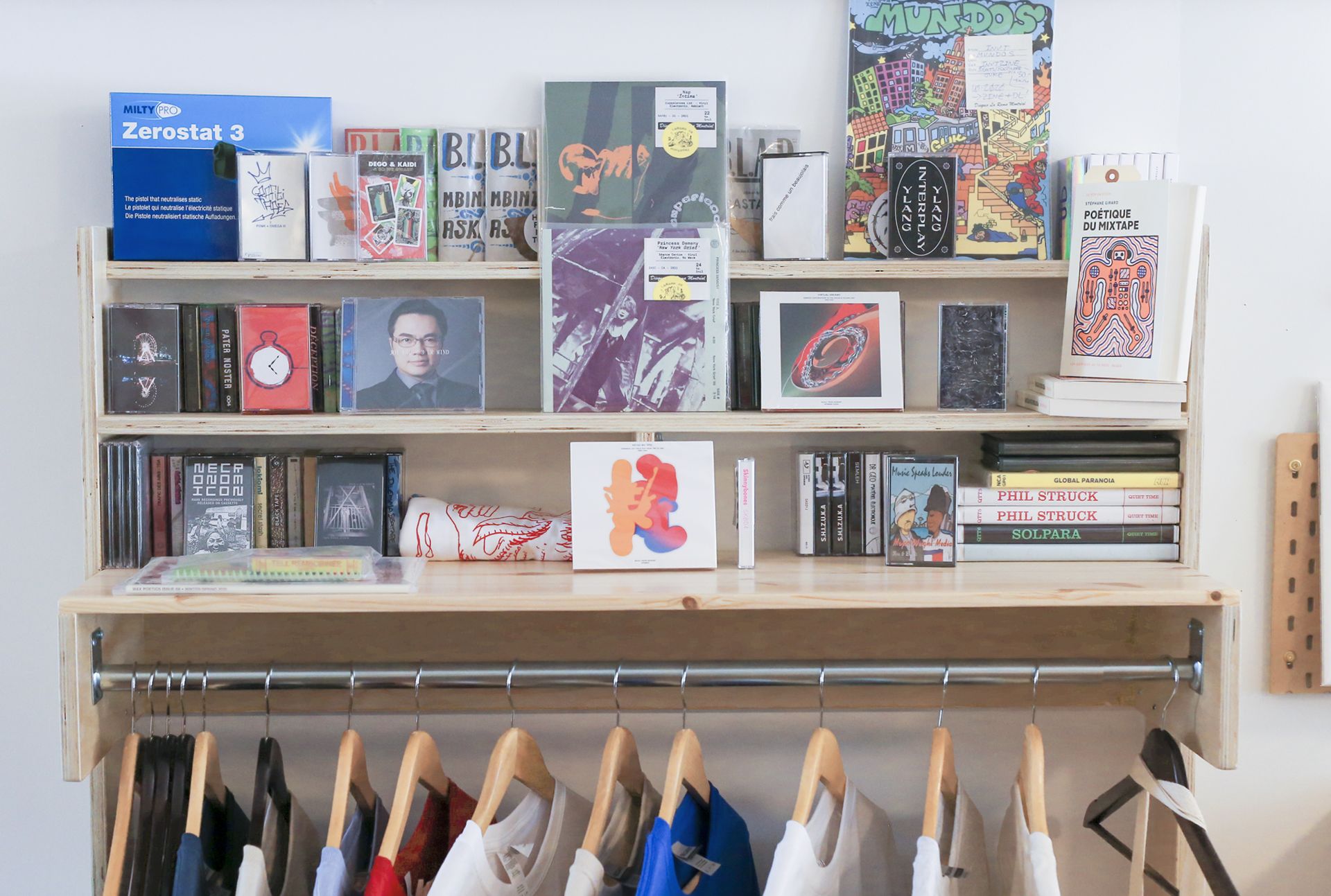 2020 aside, how long has it been since clubs were able to stay open all night long in Montreal?Montreal used to be a 24-hour city until –from what I can understand– there was a consorted effort to try to curb organised crime. Which I guess was good for a while but I feel like now dance culture needs more room to breathe. The record represents a physical interaction with the music but music is ultimately more digital than it’s ever been. So that’s kind of pushed people back to want to go out because how else do you experience music physically? Since the culture’s become more about the sound, the décor and the music, they can’t continue with the old argument that they need to limit it because of alcohol sales and organised crime. Because people want to go out to just go out, dance and enjoy their city.

It’s interesting to see how much of an impact these few hours throughout the night can have on a city.A lot of points need to be considered. Every time changes happen somewhere else in the world, it helps because the government takes a lot of examples from places like Berlin, Amsterdam, and Sydney. It really is becoming a connected worldwide community more than ever, that’s for sure. That's why I also enjoy Common Ground because I feel connected to the other stores that are like mine.

To finish, we’d like to find out what is in the pipeline for the store.To be honest I don’t plan a lot. I know that I want to release more records on this side of the ocean just to create the vibe of the local record that’s a bit cheaper than the imported record. I’m also working with another record label in Montreal called Éditions Appærent, we pressed their first record by Bernardino Femminielli and we’re working on the next one which we’re going to press here in Canada. We have a few things lined up with my girlfriend’s label Bienvenue Recordings and hopefully the next one, a mini album of six tracks, will be out in the next couple of months. Ultimately the shop is not a label yet because a label takes a lot of work. I’m just mixing putting out records into the fact that it’s a shop. But since La Rama is still young, the priority is just to make sure that the door is open every day, the sidewalk is clean and the seats are outside if people want to grab a coffee and sit down. For now I just love having a store, to be able to buy and sell records.

Thank you for your time Kris! Nice talking to you and all the best!