Since 2016, Crevette Records has connected the past and the present of Belgian electronic music: Showcasing the scene’s rich history through an ever-growing selection of second-hand and new records while also releasing and distributing fresh music from fellow Brusselians and beyond. Crevette Records is now key to the local scene and has undoubtedly become one of Brussels’ hotspots for digging. We stopped to have a chat with Pim, the man behind it all. 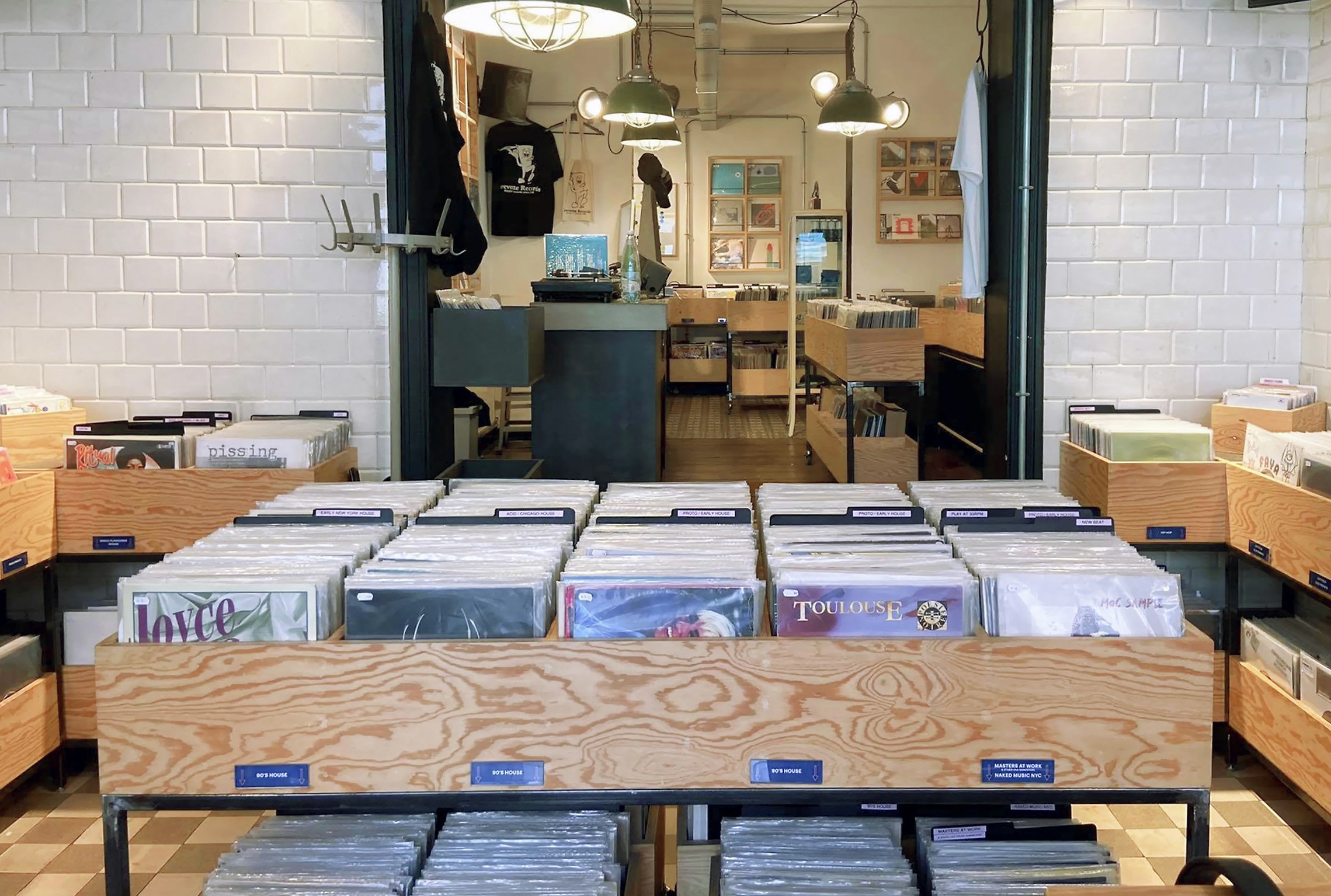 Can you introduce the shop and the team?We’ve been here for 5 years, we’re in the Marolles district of Brussels, where there’s a lot of flea markets and antiquarians - it’s very lively and I love it. The whole staff has been here since day one, Jakob looks after the website and the distribution while Michiel (aka Walrus) takes care of the second-hand racks. Everyone here has their own focus and specialty.

You released the first Crevette 12” in 2017?Yes, it’s from Vitesse, two very close friends who started working on these tracks kind of as a joke but they actually ended up being the first release on Crevette Records. It was great teaming up with old mates on a project like this one, we had a lot of fun doing it, working on the cover, etc.

And you also distributed it.Yes, the distribution was already well under way then, we were mainly focusing on local labels to promote the Brussels and Belgian scene but with time, our spectrum naturally expanded. We now have labels from all-over, like the great Tonal Unity imprint from South Korea for example. At the start, we were mainly distributing friends’ labels but we’ve grown enough since then to get requests from all around the world. It’s nice to know they are trusting you to do the job and to deliver even if sometimes we’ve never actually met in person. This is heartwarming.

"At the start, we were mainly distributing friends’ labels but we’ve grown enough since then to get requests from all around the world."

How did last year affect the shop and your distribution, since most shops were only running at half speed, if not slower, how did you guys cope with it all?It was pretty stressful at the start of 2020, since we had no idea how this was going to develop but we tried to tackle the problem in a more positive way, to imagine how we could carry on doing what we do, without having to completely stop our activity. The website played a big role in keeping things afloat, the «instore pickup» option was of great use then! We also made some «Support Your Local Scene» t-shirts with Kiosk Radio and C12, organised some livestreams from the shop etc. As soon as the restrictions would ease, we’d jump on it straight away. And as soon as we were allowed to reopen the shop, we were there on day one. We’ve constantly been adapting ourselves and the shop to the situation. Obviously, we’d rather have the shop fully open since half of our stock is second-hand and not even listed on the website. We’re also missing the social aspect of it, the whole point of having a record shop is to meet people. 50% of the people coming into the shop are regulars, they come once a week and it’s more or less always the same faces that we see, along with a nice inflow of new diggers passing through Brussels.When we closed the shop during lockdown, straight away it was the same bunch of people buying online from the website. It was very nice to see their support and also to know they feel attached and connected to the project 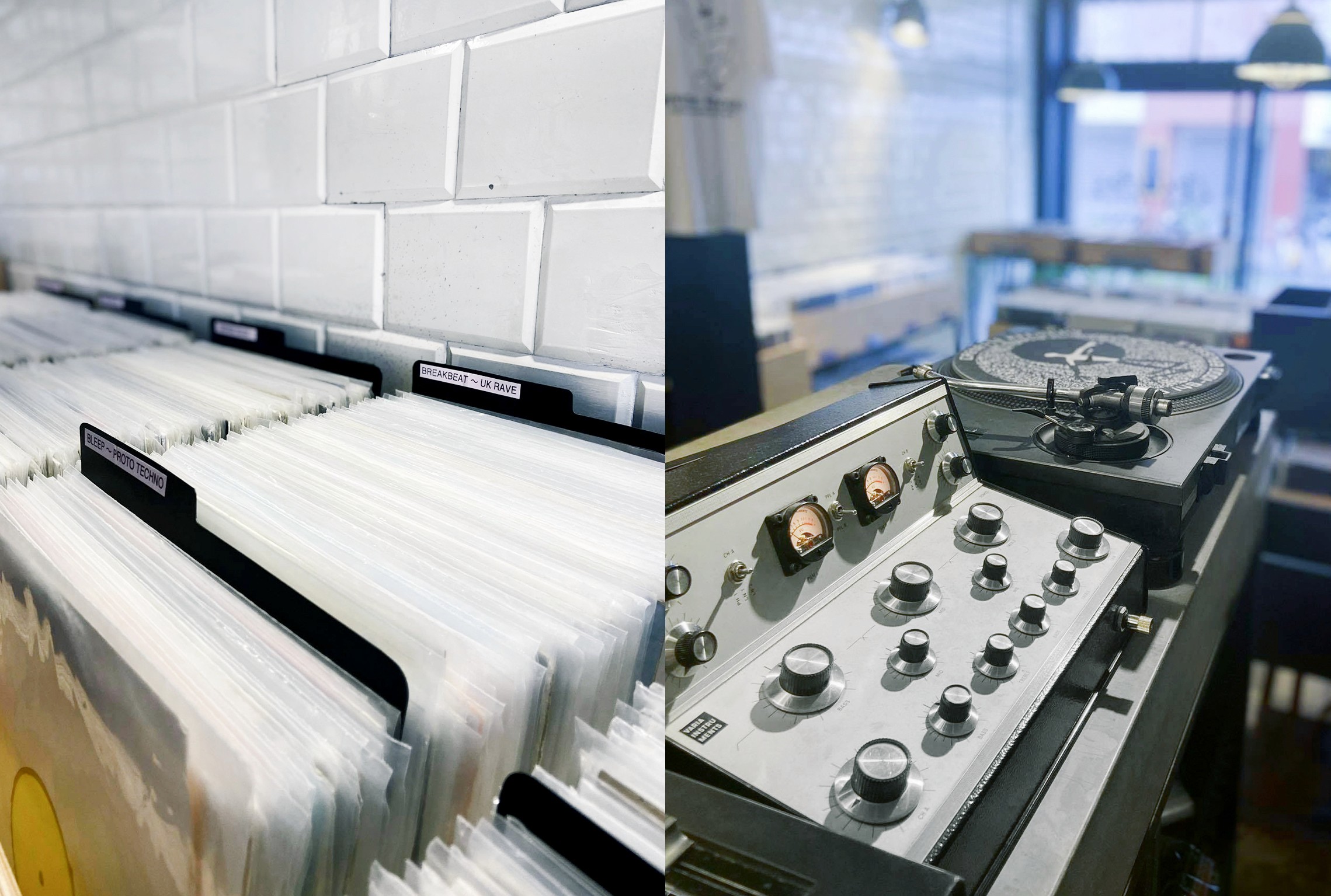 How would you describe the scene in Brussels? Is there one label in particular that comes to mind?We can’t really complain here, there are plenty of different sized radios, clubs and labels for the scene to be healthy. The label Basic Moves for example, ran by my colleague Michiel, is doing an amazing job at combining old and new, local and international. He releases new music but also digs deep into producers’ archives to find unreleased material. I personally love the label.

Earlier, you’ve mentioned the second-hand section; can you tell us more about it? We were lucky in the 90s to have all these DJs and labels around, there was a lot going on in Belgium, a lot of people living off the music industry. So it’s quite common for us to get entire record collections from these producers, label managers or even clubs and discothèques. It’s always fun to see the reaction of people walking into the shop and realising that we have 5x copies of the same rare record!

And last but not least, what’s coming out next on Crevette Records?We’re working on loads of different projects at the moment, there’s nothing 100% confirmed on Crevette as off now. That said, we’re about to launch a Crevette sublabel to release music from international artists, as opposed to the initial idea of Crevette Records, which was to focus on local artists. I can’t say much more about it yet but keep your eyes peeled in the coming months!