In conversation with Mike Wale (Skydiver)

Among the sea of record stores around Melbourne, Skydiver have become a reference for local and international DJs alike. Their tight selection of Aussie releases and cherry-picked second-hand stock has allowed them to grow and expand organically over the last 6 years. Last month, they moved into a new record store/cafe/bar space, where they serve coffeein the mornings and drinks in the evenings, a more democratic way to welcome a larger crowd into a normally diggers-limited environment. We called Mike Wale, one of the three founders, to find out more about the big move and take a sneak peek at the local scene down under. 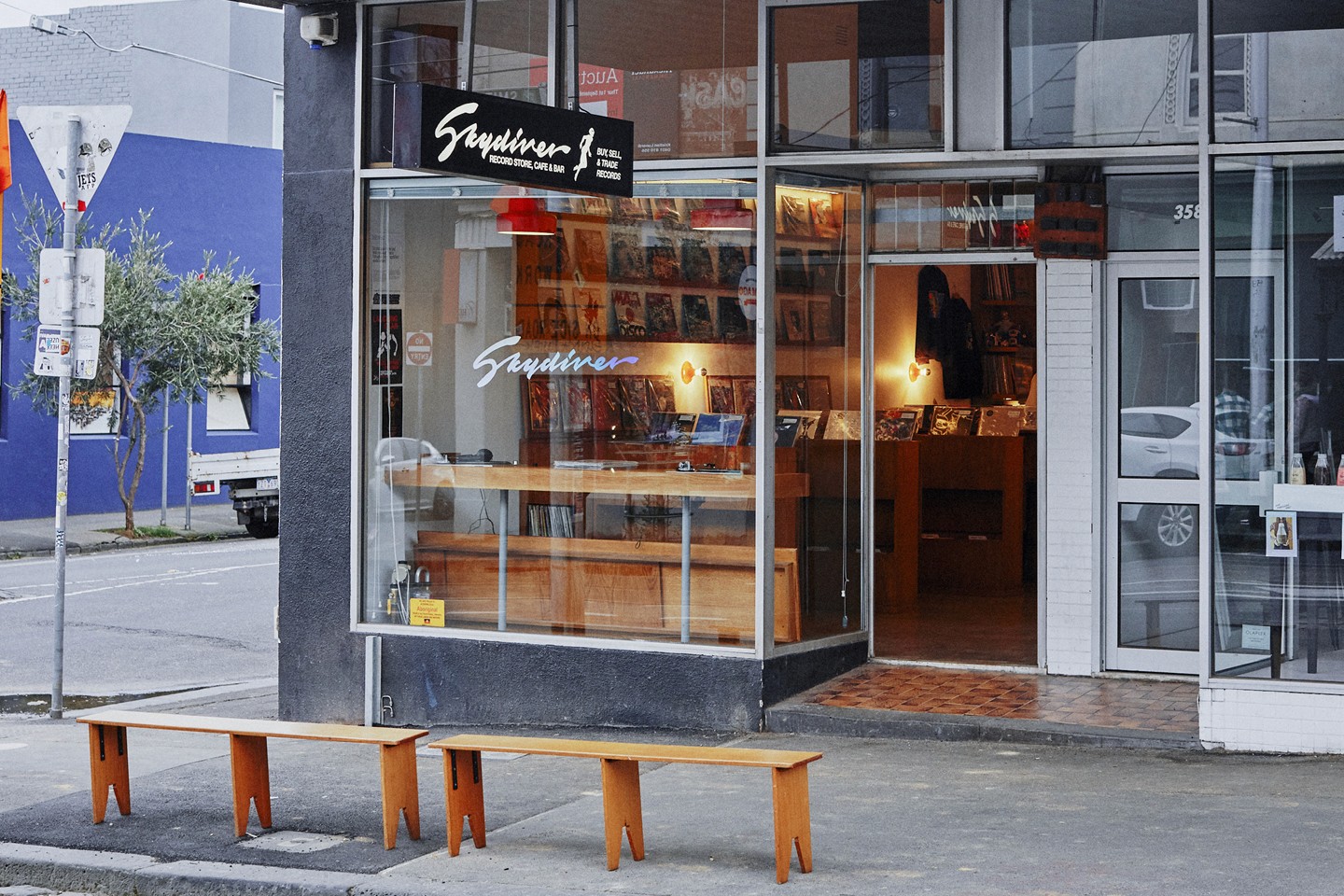 Hey Mike, can you give us a quick rundown of how the shop came to fruition?

Skydiver is 3 DJs from Melbourne, Tom Moore (Otologic/Animals Dancing), Mark Free, (Daydreams/Everday Coffee) and myself. Originally Tom and I were doing record fairs around Melbourne together which led us to decide to open a shop. We were both at a point with work where we wanted to start working for ourselves, I had just left my job and Tom was in-between stuff, doing parties and things like that. And as we were looking for locations, Mark caught wind that we were shopping around to find a place and reached out to us, saying he’d be keen to get involved - which really helped because he had some good hospitality and venue experience, unlike us.So the shop opened in 2016, we just celebrated 6 years of existence, which is really cool. 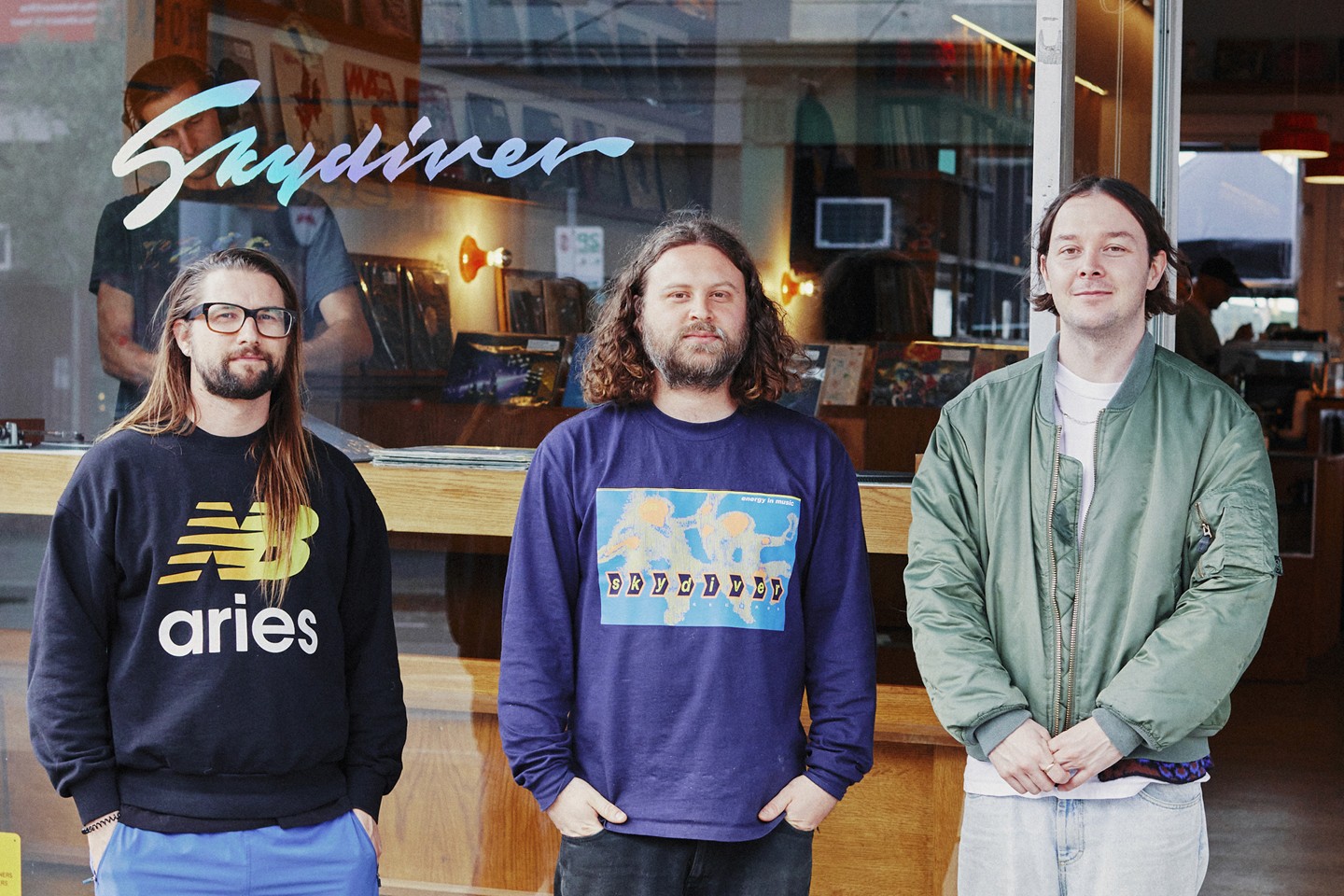 Did you have a clear idea of the direction you wanted to take with the shop?

MW : At the time, there wasn’t a whole lot of Dance related/DJ focused stores in Melbourne, there were a few really good stores already for sure but nothing that was catering specifically towards DJs so we felt there was a bit of a gap for that. Since then, there’s been quite a few other stores pop up but everyone caters to their own specific style, there’s a little bit of crossover for sure , but they compliment each other in their own way - everyone’s friends and we all send customers to each other stores, so there’s no big rivalries or anything like that. 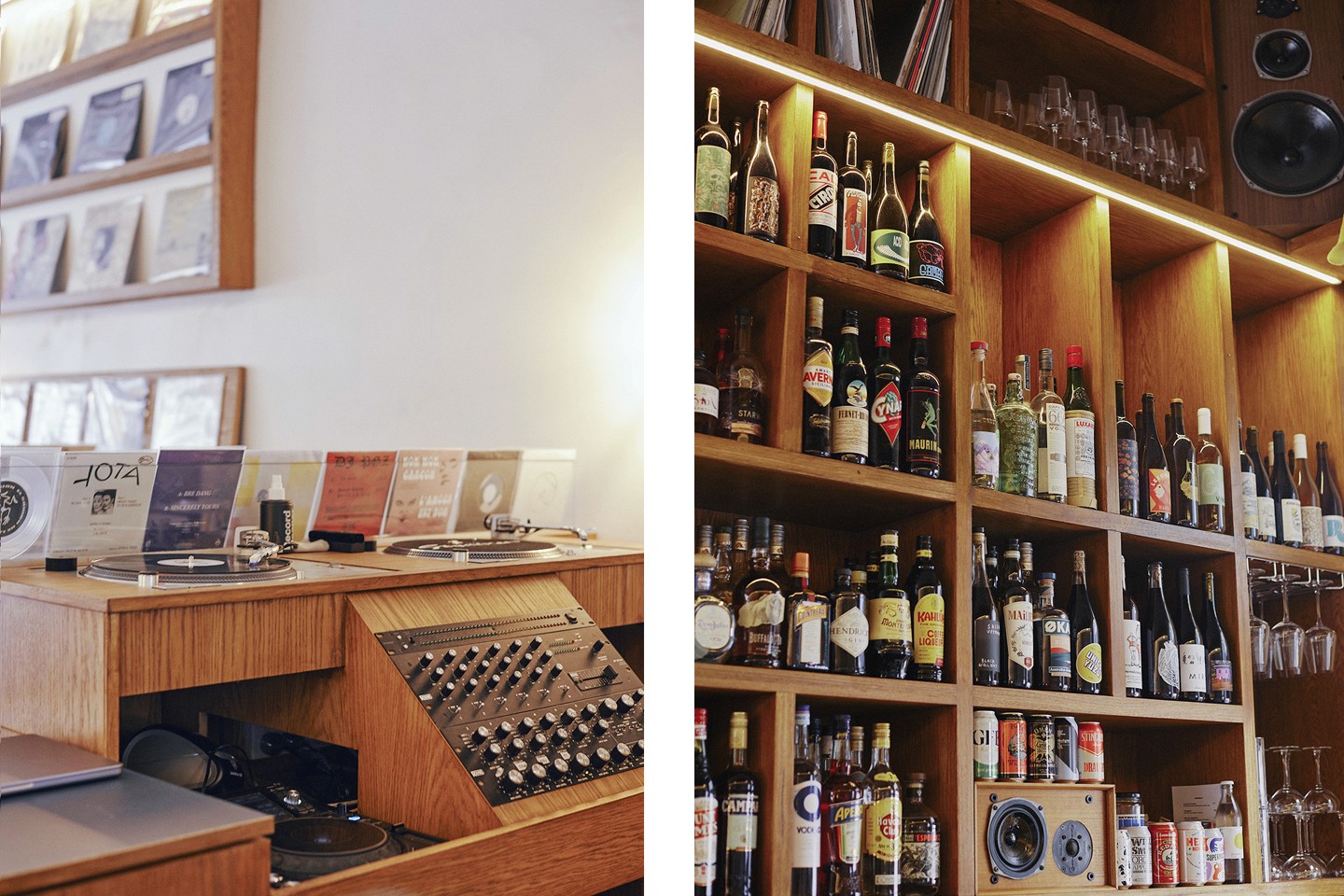 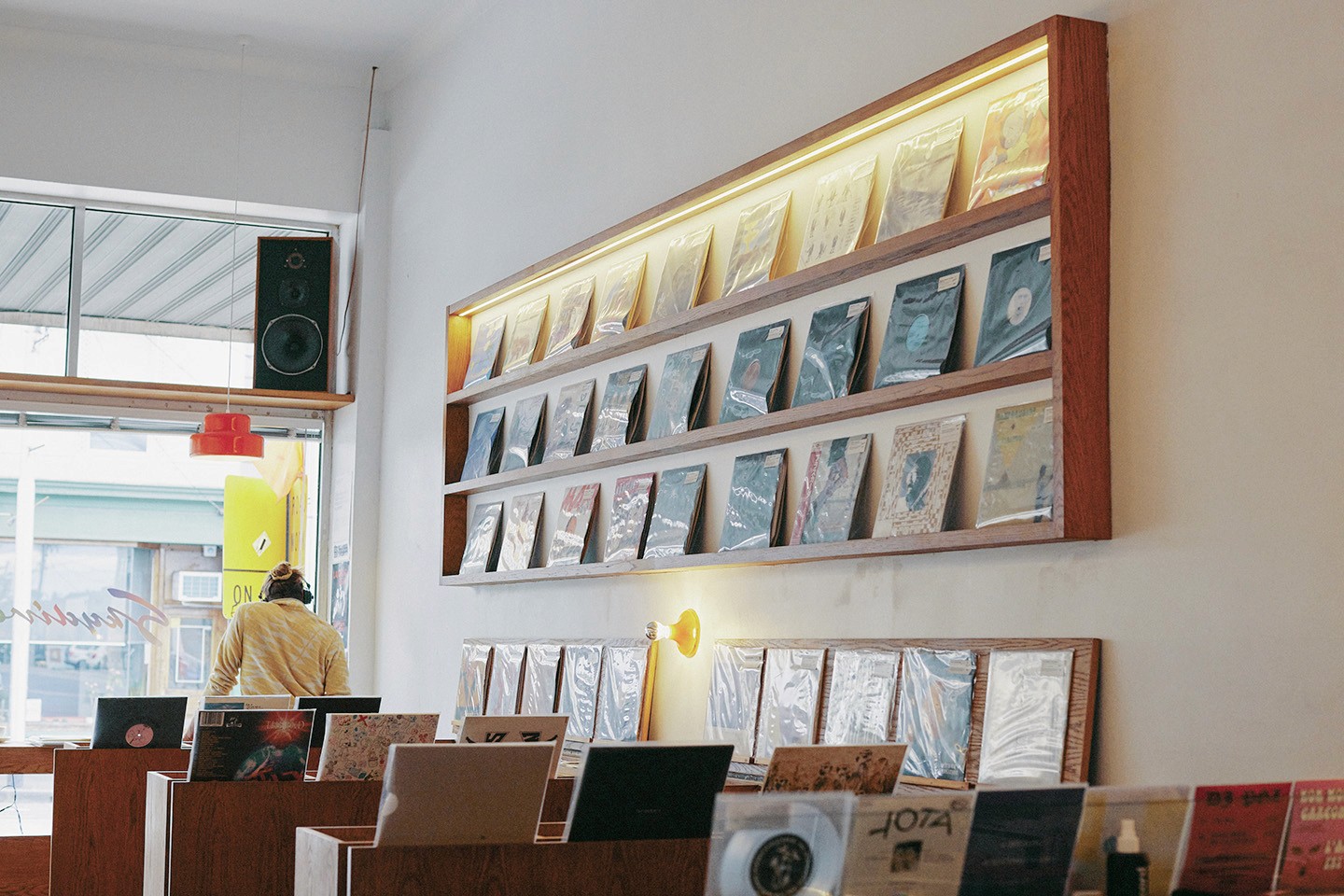 Would you say you have more new or second-hand stock?MW: It’s probably a 30/70% split between the new and second-hand records. We’re getting new stock in every week, either one or two deliveries imported from Europe and then trying to source second-hand mainly through local DJs’ record collections and markets. Because of COVID, we haven’t been able to travel much for buying trips, hopefully with things opening up again we get back over to Japan and bring some cool stuff back.

After a three month hiatus, you just reopened the shop in a new location, you now have a cafe/bar area, was this the main reason for the move?MW: Originally when we first opened the shop, we wanted to offer more than just records, make coffee and make it a bit more of a hang-out spot. But with Tom and I’s lack of experience in hospitality, we figured it’d be better to take it one step at a time. After a bit over 5 years of running the shop, we felt like it was the right time to expand the business. Records are not the most financially viable business at times, especially after the lockdowns, so we figured that doing a bar/cafe would be the best option after the last couple of years.

For sure, it’s always a good idea to have a backup plan.MW: I think it’s also really nice to have an offering to people that aren’t necessarily just diggers/DJ’s. We all have friends or partners who are into music that don’t buy records, so offering something that any music lover can come and experience I think is really important. 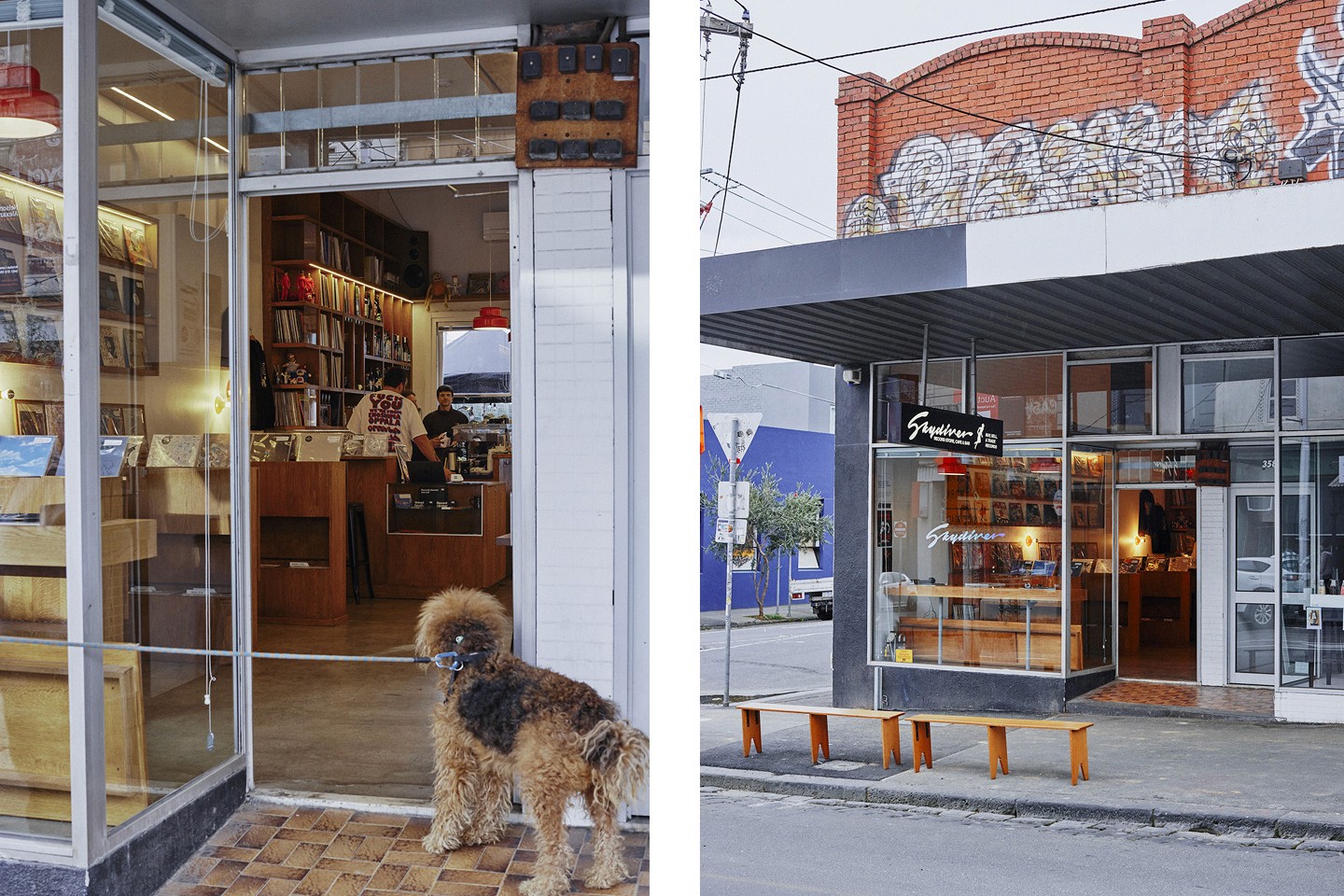 Can you tell us more about the scene in Melbourne/Australia?

MW : Things are really kind of taking off here again now the clubs have reopened. Kia’s label and party Animalia is a local favourite, everything they do/put out goes wild, that kind of tech-y/Progressive sound is very popular right now, like the Techworld parties that happened over the summer. There’s a whole other bunch of interesting labels doing cool things, Companion, ran by Pjenne and Millu, Paper Cuts, Best Effort which was originally based in Sydney, Also Vessel is a personal favourite which has put out some really nice Deep House/Leftfield House releases and of course Efficient Space and A Colourful Storm which are both local mainstays. In Sydney, there’s the Heavenly guys and Moonshoe, Good Company and ONO in Perth.. The scene is super healthy in Australia at the moment, especially after lockdown, a lot of younger generation knuckled down and have come out the other side with loads of new music, which is really exciting. 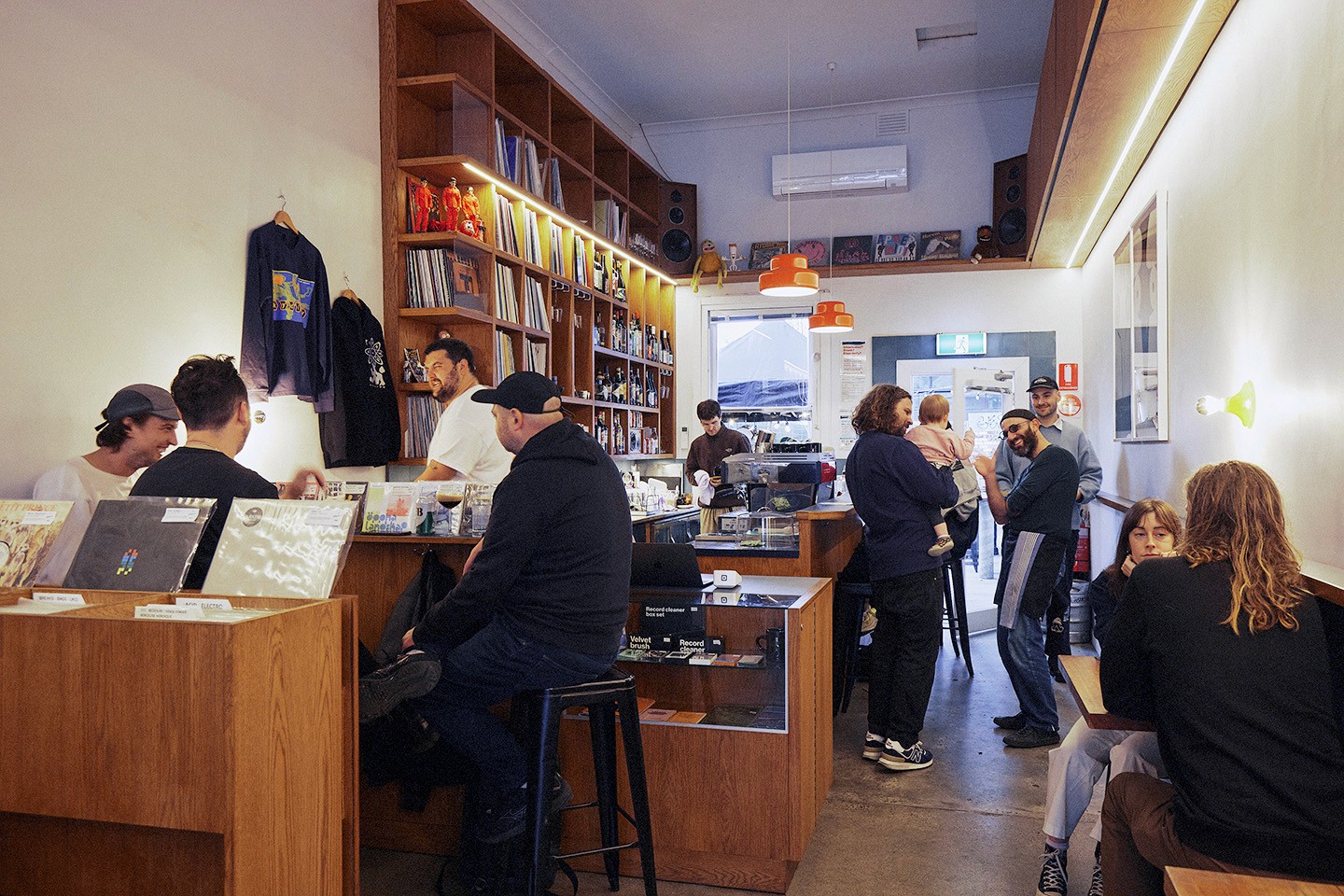 And finally, what’s cooking for 2022?MW : No solid plans just yet but maybe having some international guests over and organising a few parties. We were supposed to have PLO Man back in March 2020 but that was cancelled due to COVID. So it would be cool to get back onto that now that things have opened up, but for now we’re just focusing on the new venue and learning as we go…